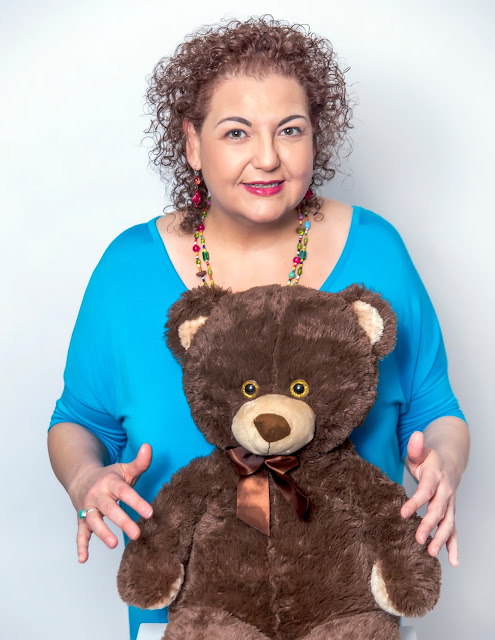 My fringe is now over - I have to work today. But this show has a performance this afternoon so I'm hoping to convince people to go.

Fringemas is truly a magical time of year. Thanks to everyone who contributed to mine.

It's a shame I got to this one so late because it was the one that I was most interested in on a personal level. I first met Sophia when we were both involved at Squeeze-Box Theatre. Then I didn't hear about her for many years until she showed up on the From Heartache to Joy telesummit and mentioned she was from Toronto. I was surprised to find out that we had a bunch of mutual theatre friends, and then tracked her back to Squeeze-Box.

So I wanted to see how she melded her theatre and healing worlds, something I've been thinking about for myself a lot recently. And the answer is - very well.

The show is the story of her journey to becoming a healer, using the structure of the one-woman show. She plunges us into the healing work right away but it's done with a light touch. She navigates the skepticism around energy work beautifully, being completely open about her own doubts and acknowledging that not every modality works for each person. She's very clear that she's talking about her personal experiences and what results she has personally seen with her clients. There's nothing resembling preachiness in this show, just her contrasting her experiences of injury using energy healing and not. Some of the stories are funny, and some are touching. All are lovely.

Unfortunately, I can't finish this review without talking about the two N review at Now Magazine. Two of the main criticisms was that she couldn't be heard and that the venue was very hot. Well, she's now miked and there were many fans aimed at the audience, so I felt cool throughout the performance. The other was that the director (the wonderful Chris Wilson) had to sometimes get her on track from the sidelines. The reviewer saw that as lacking rehearsal. What they don't know is that energy work takes you out of your mind and into your body and it's extremely common for healers to lose train of thought. (She's doing healing work on the audience throughout the show, using a stuffed bear as a surrogate.) That they came up with a lot of music cues to place her where she needs to be and had a system to bring her back to the show when needed is something to be commended, not condemned.

I left feeling very inspired. Those who are looking to understand energy healing, or experience a bit themselves, are well served by this show. It's a shame I don't have more time to beat the drum for it. If you can get to it at 3:30 today, you won't regret it.
fringe fringe reviews theatre thoughts toronto theatre