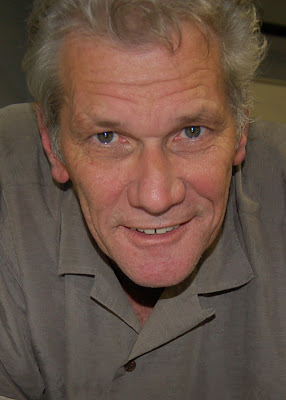 On the heels of last week's Umbrella Talk with this year's Siminovitch Winner Daniel MacIvor, this week we have another Canadian playwriting legend, Norm Foster. Norm tells us which two Hollywood geniuses he would like to direct the coolest production of one of his plays; why he doesn't write about anything that upsets him and about taking umbrage at critics' remarks---or not.

A little more on Norm Foster

Norm Foster has been called 's preeminent comic playwright, and he is also one of the most prolific and most produced of all Canadian playwrights. Halifax Chronicle-Herald columnist Ron Foley writes "Foster's stage writing remains one of Canada's greatest theatrical treasures", and The Calgary Herald describes him as 'one of the funniest writers of intelligent comedy in Canadian theatre today'. Mr. Foster has over forty plays to his credit including Ethan Claymore, The Foursome, The Melville Boys, The Affections Of May, Wrong For Each Other, Jasper Station (with Steve Thomas), The Last Resort (with Leslie Arden), The Love List, Outlaw, Jenny's House Of Joy, Old Love and Mending Fences. He is the recipient of the Drama-League Award for his play, The Melville Boys, and he was recently honoured with an award from Theatre for his 'distinguished service to 's theatre community.'

What do you drink on opening night?
Sleeman's beer. And if Sleeman's not around, anybody else's beer.

What scares you? What can't you write about?
Cruelty to women or children. I don't want to write about anything that upsets me. I write because it is fun for me. Why would I want to sit down and write something that wasn't fun for me? I'm not in this to be a tortured soul. I want to have fun like the simple, shallow man that I am.

What do you want to write about that you haven't yet?
Something to do with Bobby Darin's life. But, now that I've mentioned it here I suppose someone will steal the idea. Me and my big mouth.

If someone was to write a play about your life, what genre would it be? (eg. comedy, tragedy, melodrama, horror)
I suppose it would be comedy. It would be like a Frank Capra movie. Innocent. Light. Jeff Daniels would probably play me.

How do you deal with praise? With criticism?
I assume we're talking about critics here. If critics could write, act or direct, they would be writers, actors or directors. But they can't and that's why they are critics. I've developed a pretty thick skin over the years. Nothing bothers me. I believe the good reviews and take umbrage with the bad ones. I don't really take umbrage. I just wanted to say umbrage so that people will think I'm one of those intellectual writers. But, I suppose that ship has sailed.

Where would you like your work to be produced?
London....England, not Ontario. Well, Ontario too. I love London, Ontario. Okay, London Ontario it is.

Where do you write? Pen or keyboard?
I have an office in my house. I write when no one else is around. No distractions. And I write on a keyboard. I don't even know what a pen is. I've heard of them but I've never seen one.

What would you like academics to write about your work in 50 years?
I'd like them to say, "He sure entertained a lot of people."

What inspires you?
Good writing. Good theatre. Good movies. Anything that has a ring of quality to it.

Thanks again for visiting the one big umbrella blog and reading our Umbrella Talks with playwrights. In the upcoming weeks, we will be talking with playwrights Janet Munsil, Mark Brownell, Linda Griffiths, Marjorie Chan and Alex Dallas. If you are a playwright that has been produced a number of times here in Canada, or elsewhere, and would like to talk to us too, please send us an e-mail at obu@web.ca.