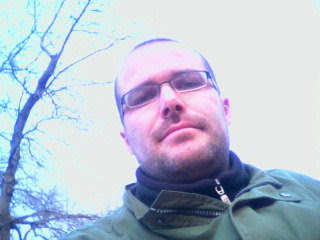 Welcome back to Umbrella Talk! This week we chat with playwright Stephen Massicotte. Stephen tells us what he drinks on opening night to ease his dry mouth; which director would direct a production of his play Mary's Wedding with puppets; and reveals which famous writers and playwrights would make special guest appearances in a play about his own life.


A little bit about Stephen Massicotte

Stephen’s award winning plays A Farewell to Kings, Pervert, The Emperor of Atlantis and the popular Star Wars inspired Boy’s Own Jedi Handbook series have played for audiences throughout Canada. In 2002, his play Mary’s Wedding premiered at Alberta Theatre Projects’ annual playRites Festival and was the winner of the 2000 Alberta Playwriting Competition, the 2002 Betty Mitchell Award for Best New Play and the 2003 Alberta Book Award for Drama. Mary’s Wedding continues to be produced in English and French throughout Canada, the US and the UK. His film writing credits include the screenplays for the feature films Ginger Snaps Back:
The Beginning and The Dark. Stephen has a BFA in Drama from the University of Calgary and a black lab named Agnes.

What do you drink on opening night?
Water to ease my dry mouth. After the show I drink ginger ale or or something to make it look like I'm drinking vodka and seven. I can't imagine getting smashed on opening night.

Who would direct the coolest production of one of your plays?
I'd like to see Ronnie Burkett do a production of Mary's Wedding with his puppets.

If someone was to write a play about your life, what genre would it be? (eg. comedy, tragedy, melodrama, horror)
Comic-tragedy. Hemingway would be narrator with appearances by Shakespeare, Bernard Shaw, Henry Miller, Casanova and Marguerite Duras. I actually one time thought about writing a bio-play about myself... not out of vanity but out of search for self truth versus public truth.

How do you deal with praise? With criticism?
I don't deal with praise or criticism very well I'm afraid. I've found both to be quite debilitating, just in different ways. I guess if I had to pick, I'd take praise. I'm very sensitive to criticism and have nearly no capacity to take it at all. Praise makes me uncomfortable and I usually don't believe it anyway. The only praise that generally means anything to me is unsolicited praise from perfect strangers. I do read all reviews, good and bad, but only give them one quick speed read.

Where would you like your work to be produced?
I'd like a show to be done on the West End and on Broadway just to be able to say so. I'd like to be done at the Shaw Festival and Canadian Stage. I'd also like to be done at Roundabout and the Atlantic Theatre Company.

Where do you write? Pen or keyboard?
Keyboard. Although very occasionally I will write bits of dialogue in a journal or on a napkin when I am without computer.

What would you like academics to write about your work in 50 years?
I would indeed like them to be writing about me in 50 years. I'd like them to say I never wrote the same play twice and the plays I did write were good ones that not only were about ideas but had a deep emotional core.

What inspires you?
Everything inspires me but particularly non-fiction books - history, bio, ideas. Wikipedia. The news. I get very inspired by seeing particularly good theatre and particularly bad, movies good and bad... I get awfully inspired by going to art galleries. I think if I could have an alternate career it'd be as a painter. Travelling is inspiring. I sometimes wish things were less inspiring. It gets noisy in my head with all these plays clammering around wanting to be written.


Thanks again for reading this week's Umbrella Talk. If you are a playwright (or know one) that has been produced here in Canada or elsewhere and would like to chat with us here, please send us an e-mail at obu@web.ca.