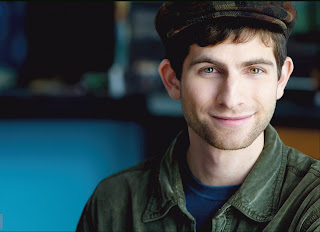 It seems like I've known Daniel forever. You name an event in the Toronto independent theatre landscape and he's there. I get amazed when I see all he has accomplished at such a young age. Not a surprise since he's so damn talented. You can find him on twitter @TangoCo

Anonymous said…
The blog is quite awesome that has provided me the best knowledge.international umbrella company
May 13, 2013 at 7:25 AM