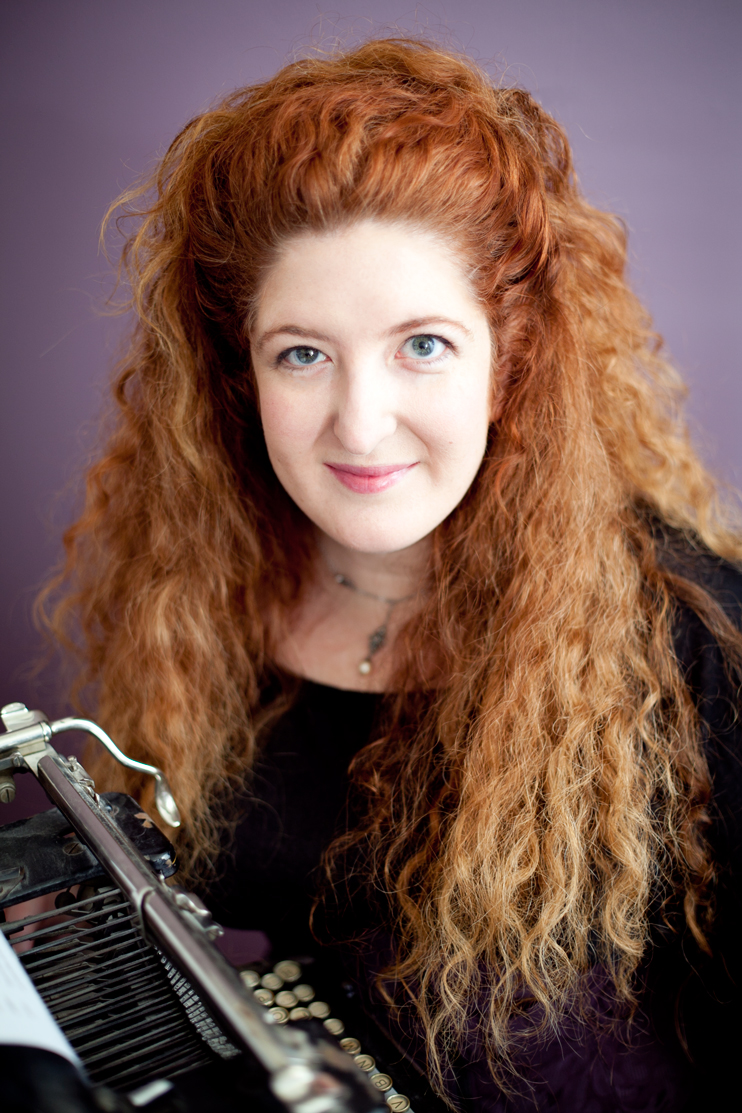 I first found out about Chloë by falling in love with her play Love Virtually at the Toronto Fringe. Lucky for her, I was on the best of fringe jury and convinced my fellow jurors to see it. Then we met up at the fringe tent and it turns out she's a lot of fun to hang out with. I'm so happy to have her here. You can find her on twitter @fishbowlmuse.


A Little More about Chloë Whitehorn

Chloë Whitehorn is a playwright, actor, and underwater photographer. Her plays include Love, Virtually (Best of Fringe, Toronto 2011), The Frank Diary of Anne, Verona Heights, AEON: an evolution of sin, and The List, and have played in San Francisco, London, Kingston, Selby, and Toronto. Chloë’s work often examines taboo moralities, tragic love, and the licentious desires and imaginative reasoning of human beings.

Her latest play The Deepest Trench will be presented as part of the Alumnae Theatre's New Ideas Festival in March. For more information on Chloe, visit her website: www.chloewhitehorn.com


What do you drink on opening night?
White wine. I'm pretty animated and white wine tends not to stain.

Who would direct the coolest production of one of your plays?
Franco Dragone, Diane Paulus, Dominic Champagne.
The Cirque seems to find the most outrageously creative minds for their shows.

What scares you? What can't you write about?
Lost love. There's something about the intensity of that emotion and how viscerally we feel it's absence when it's gone. I think that's why so much of my work involves someone finding the one person they want to be with and then for some reason not being able to be with them. Whether it's because the person is dead, or their brother... I imagine the hardest thing is loving someone you're not supposed to love.

I don't think I've been at this long enough to say there's something I "can't write about". Perhaps something that I feel isn't my story to tell? Although even then, I'd have a different perspective to offer. It might suck, but I could try. I mean, I'm an only child but that didn't keep me from writing about sibling incest.

What do you want to write about that you haven't yet?
My mom. The mothers in my plays tend to be portrayed in a negative light but my mother was the most incredible person I've ever known, and I really want to write something that reflects that. One of the last things my mom said to me was to "write her well". That is a lot of pressure.

I've recently started working on something though that I think will honor her memory appropriately. It's called Clarissa on her Deathbed and it's about an eleven year old girl dealing with the recent death of her mother. It's been difficult to work on, especially since I tend to write in public spaces and generally people get concerned when they see someone crying in the corner of a coffee shop.

If someone was to write a play about your life, what genre would it be? (eg. comedy, tragedy, melodrama, horror)
It probably wouldn't be a play. Quirky characters who have interesting moments but without real purpose don't make a play. Or so people keep telling me.

How do you deal with praise? With criticism?
Not well, with either I think. I'm still learning. I tend to brush off praise without really taking it in, and anything negative seems to stay with me for a really long time. I'd like to be able to learn from both, but I think that's just going to take more exposure to it all.

Where would you like your work to be produced?
I love the idea that something I write could be seen and heard by someone halfway across the world and affect them/move them/make them angry/make them think.

In the foreseeable future though I'd just love to have my work produced across Canada in theatres run by people who haven't been to my house for board game night. Although by the time the show goes up I'll definitely have invited them over to play.

Where do you write? Pen or keyboard?
Coffee shops. I like the constant flow of people around me. I start with pen until I have enough that I think I'll start to forget what I meant to say when I can't read my handwriting, then I switch to typing.

What would you like academics to write about your work in 50 years?
Well, in theory I'll still be alive in 50 years, so hopefully nothing that'll make me cry.

Things that sound pompus coming from me, but not when written by academics: "Chloë Whitehorn's work captured the essence of her generation while appealing to a wide-array of audiences and challenging them to think beyond society's boundaries."

Also, that it was the most lucrative intimate theatre of all time. That'd be awesome.

What inspires you?
People inspire me. We're so messed up. And the more messed up we are, the more interesting our stories. We learn really early on that we're supposed to present to the world this mask of this put-together package, a santitized view of who we are and who we should be. I like to peer behind that mask. My characters are like the juice concentrate of what's behind all those masks. Add 3 cups of water and you get a real person. Add instead a cup and a half and give them a megaphone and you get someone who gives an audience a perspective on a piece of a world they think they know in a way they've never seen it before.
Umbrella Talk