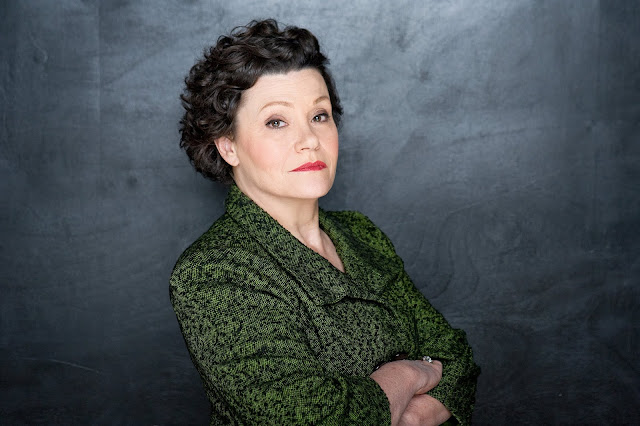 My first true multi-show day. No time for tenting, sadly. Everything I've seen so far has been great, which is a fantastic batting average for the fringe. So on with the shows!

I've known Alex Dallas a long time. I know she is incredible. And yet, I don't believe I have ever seen one of her one-person shows. This time, she's talking about a topic near and dear to my heart. So I was really excited for this one.

She didn't disappoint. Stories from various periods of her life, stories that every woman in the audience nodded in recognition. Stories about the indignities from a young age. Stories about secrets. Yet the show doesn't feel heavy as she infuses her take with humour and insightful commentary. She's such a strong storyteller and presence that you're just taken along with her as she invites you into her world.

I'm not going to lie. The Annex Theatre was hot last night. But it was worth sweating through it for this show. Come see a master at work.

Mourning After the Night Before

Chloë Whitehorn. Gah! Her writing is so damn good. I fell in love with her talent when I saw her play Love, Virtually at the 2011 Fringe (OMG, has it been that long?) I love how she uses language and how she paints the struggles we have to communicate. So I was absolutely thrilled to get to see this show after missing it in New Ideas last year.

I find myself wrestling with what to say because they play unfolds beautifully with surprises and secrets revealed that I want people who see it to discover it on their own terms. I'd love to see it again now knowing how it ends to follow the bread crumbs. What I can talk about is the use of water as the theme, as both a physical place and as representing emotions. Drowning is the key here - drowning in loss, drowning in confusion, drowning in questions of value, drowning in the roles of parenting and growing up. The play has a lyrical quality to it, much like bobbing on a tranquil lake while everything happens underneath where you can't see. The image is referred to frequently but it never feels like you're beaten over the head with it. Well done, Chloë!

Mad River Theatre does the script justice. The cast is strong and handle the shifts beautifully. The play is built on brief moments and the staging (especially the lighting) starkly show the disconnection. I did find it a little disconcerting as one of the actors is a voice actor and his voice was so familiar to me that every time he spoke it pulled me out but that's on me, not him. I also appreciate how the company has a list of resources on their site about mental health for anyone who finds themselves triggered by the show, and that they made a point to mention it at the curtain call.

Overall, this is just a beautiful play wonderfully done. It's definitely worth seeing.

First, I want to say what this show is not. It's not a parody of personal transformation workshops. Which frankly, was a relief to me as I believe in the power of storytelling as healing. So too does The Velvet Duke. He's more interested in breaking down the idea of workshop leader as enlightened guru, something the people I've been working with in my own life have been emphasizing as well. (Take a bow, Matt Andrews!)

The show is a brief workshop, infused with music. I was surprised to find out that he doesn't actually lead workshops in the area of worthiness because this is exactly how I would run one - personal stories infused with humour and songs encouraging the audience to sing along in the chorus to loosen them up, creating a structure that is a welcome space for vulnerability and sharing. And that is the beauty of this show, the reminder that we are not alone, that we all struggle with feeling good enough. It does become the workshop it purports to be and it's a beautiful thing to see at the fringe. Don't let that put you off though. It also stands strongly in the tradition of one-person shows and that is how it feels (albeit not as polished - his improv roots shine through). It's a wonderful mix.

Combined with The Healing Show (which I am seeing next week), for the first time in my memory at the fringe I'm seeing my spiritual and theatre worlds collide in an authentic way. (In the past I've seen shows by mediums and healers but they haven't felt like theatre shows. In the fringe, they don't have to be.) Just like this blog in fact. The prevailing wisdom is to pick a topic and stick to it to be successful but I want this blog to reflect all sides of my life. I have been looking for a way to combine things and I'm grateful to have seen this show to point the way for me to move forward using all my various gifts and be authentically myself. I've shied away from integrating the two because most people I know are incredibly skeptical, considering this kind of healing work scams that prey on desperate people. Yet this kind of work has been incredibly transformative to me and I know it can be to others.

I have always believed in the power of theatre to change lives. So let's do it.
fringe fringe reviews theatre thoughts toronto theatre